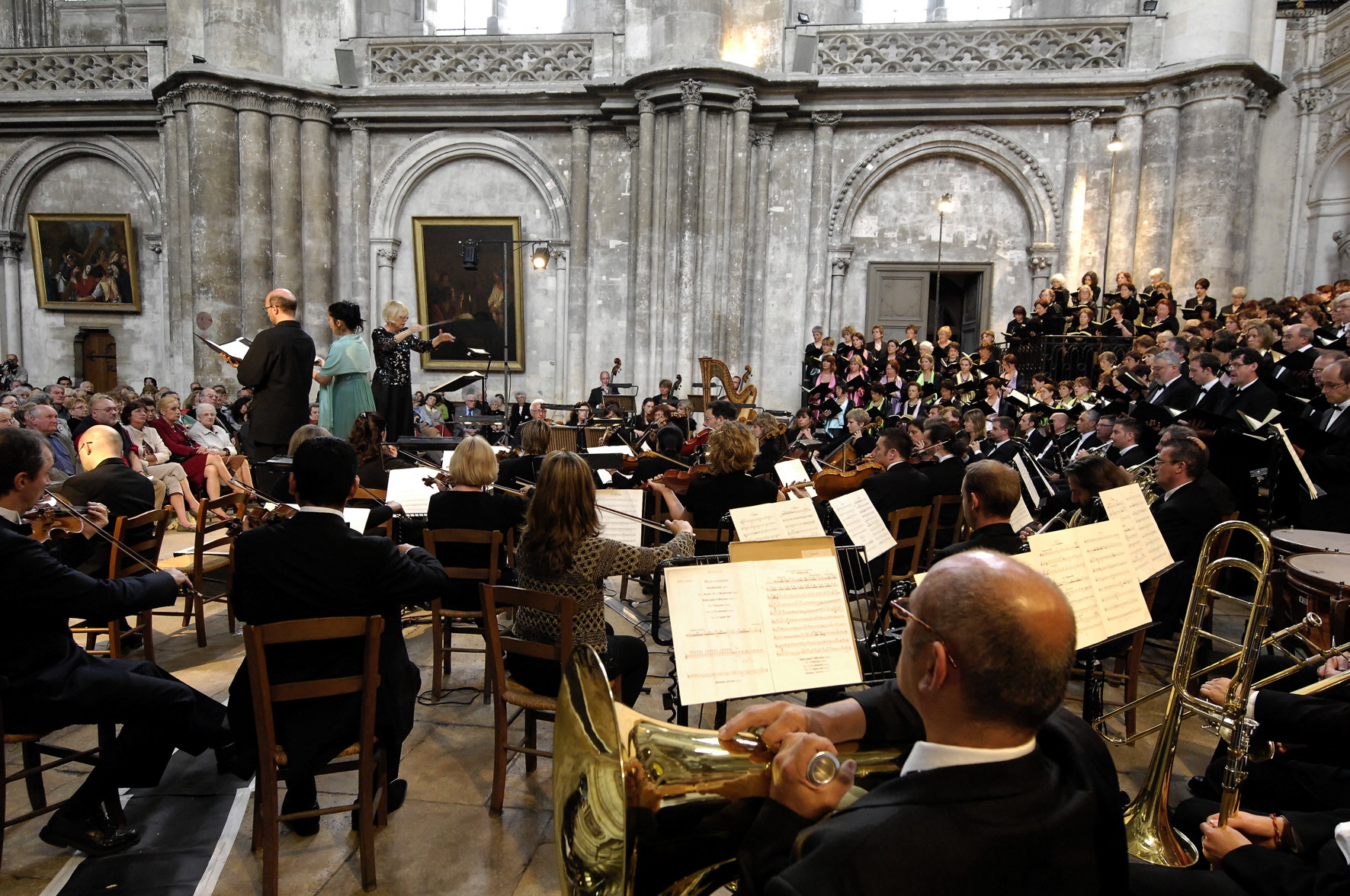 Formed in January 1991 by Éliane Lavail, the OAHG is an orchestra of professional musicians from the region, most of whom are teaching staff at the schools of music around Gironde and the Aquitaine. The idea was to meet a two-fold objective: firstly to give these musicians the possibility to work regularly with symphonic and oratorio repertoires and organize concerts to perform while continuing their teaching activity; and secondly to give choirs around the region, many of whom are keen to work on an oratorio repertoire, an orchestra of musicians who are accustomed to playing together regularly and whose financial terms are quite affordable for associations. Meeting this twin calling was and still is an obvious factor in the enhancement of the excellence of choral productions in our region.

Since its creation, the OAHG has accompanied any number of choirs and ensembles: Expression d’Agen, chœur Oratorio d’Agen, the grand choir A Chœur Joie d’Aquitaine, the choirs of Villeneuve sur Lot, the Ensemble Vocal d’Aquitaine, the Madrigal de Bordeaux, Opus 17, Rhapsodie, Jubilate, Altaïr, Résonances, Crescendo, Prélude, the choral association of Achor, Atelier Choral de la Dordogne and the Chœur Symphonique Polifonia.
Based in the municipality of Cenon since 2003, the formation also works with the clear objective of reaching out to and building awareness with the wider audiences of the Hauts de Garonne department: in May 2012, the orchestra began it series of « Concerts tôt… du jeudi » (Early Concerts… of a Thursday), an original concept enabling a soloist to present his or her instrument across different ages and styles at sessions timed and planned to suit every audience: schools, senior citizens, music-lovers and  beginners.