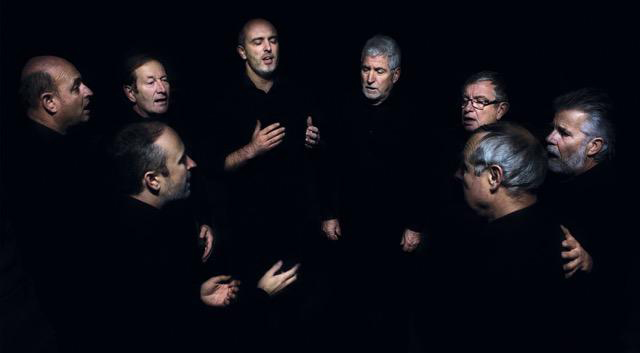 Cantà di core is an initiative from the Ottaviani brothers, Laurent and Frédéric, driven by a passion for polyphony and Corsican culture. They are a group of 8 men, friends and neighbors from the same village of Tizac de Lapouyade in the Gironde. In this tiny village of just 500 inhabitants, their name never sounded very local and it was a quest for their roots that led to their creating the group.

Their objective is to share this passion by performing in concert or at any other event (masses, birthdays, etc.). Cantà di core are constantly meeting with professional singers and musicians while continuing to perfect their art, thanks in particular to the contribution of Nadine Rossello, a specialist in Mediterranean vocal music, and Daïnouri Choque, who has helped to build the choir’s specific sound. 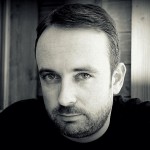 Born in 1974, he began singing in 1995 with Michel Moureau’s « Ensemble Vocal Martenot de Gironde » thanks to his childhood friend Christophe Metreau. In 1998, they both formed the « Ensemble Vocal Aquistriæ » in the town of Guîtres where Laurent took over as director in 2013.Having discovered and hatched his Corsican polyphony music in the early 1990s, he, his brother, his father and five neighbors and friends formed the « Cantà di core » group in 2009.