Ensemble Vocal Hémiole is the name chosen by the former vocal ensemble called « Le Lutrin », founded in 1990 by Francis Garderet and taken over in September 2006 by Michèle Lhopiteau.

Today, Hémiole is a group of 90 singers with statutes that keep the choir open to a theoretically unlimited number, subject to assiduity, punctuality and regular personal work with learner CDs for non-readers of music.

In aid of known works

The original direction set by the group’s earlier directors – Francis Garderet, Vassil Roussov, Michel Brochard – for the Ensemble vocal Hémiole is still the same: in aid of known works likely to attract a wide audience. But today, the choir also unveils other gems that are less often heard, not to say never before heard, in the Gironde and Aquitaine regions. 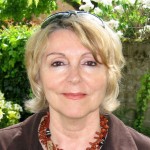 Michèle Lhopiteau studied choral and orchestral direction with Pierre Cao and vocal technique with Hélène Roth. At the head of the « Ensemble Vocal d’Abidjan », she worked with Jean Claude Casadesus for the African tour of the Orchestre de Lille (in 1985). On her return to France, she spent a few years as an assistant to Michel Piquemal (in the towns of Saintes and Sylvanès).
From 1998 to 2003, she directed the « International Choir of the United Nations » in Houston, Texas, then worked as choir leader for a professional operatic troupe, « Opera in the Heights ».