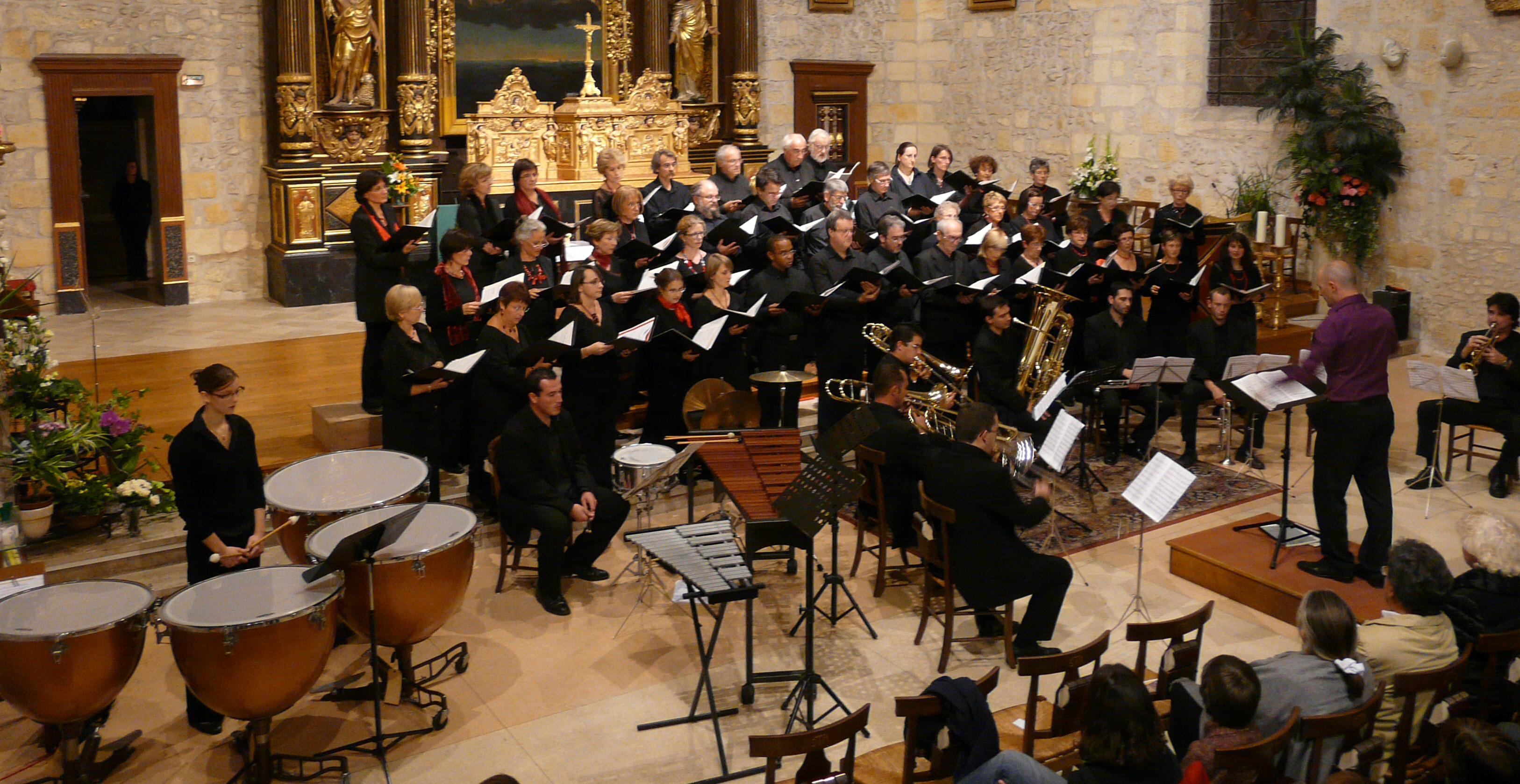 The Ensemble Vocal Arianna, founded in Pessac in 1988 by Anna Parus, has tackled every style from Bach to Arvo Pärt, in France and abroad, and participated in the creation of contemporary works (Bacchanales by Alexandros Markeas in 2012 and Odyssée dans l’Espace by Nordin and Moultaka in 2014 at the Bordeaux Auditorium).

Born in 1971 in Lorraine, Frédéric began his musical studies playing the piano, then the clarinet and finally ending up with the bassoon, which he discovered at the age of fifteen. In 1992, his love of singing (as chorister and soloist) led to his directing his first amateur choir in Cubzac-les-Ponts (the chorale Mélodia that he still runs today), his first foray into the world of choral arts. In 1998 he took over as head of the Ensemble Vocal Stella Montis. In 2003, he founded a choir at the University of Bordeaux II. In 2004 he formed a senior singer chorale in Talence and in 2006 began directing the Ensemble Vocal Arianna in Pessac. Since 2010, he has also been working at the Grand Théâtre de Bordeaux as part of the Ma Voix et Toi project. The diversity of the choirs he directs, from amateur status to a more professional level, has given him the opportunity to explore a vast range of repertoires.