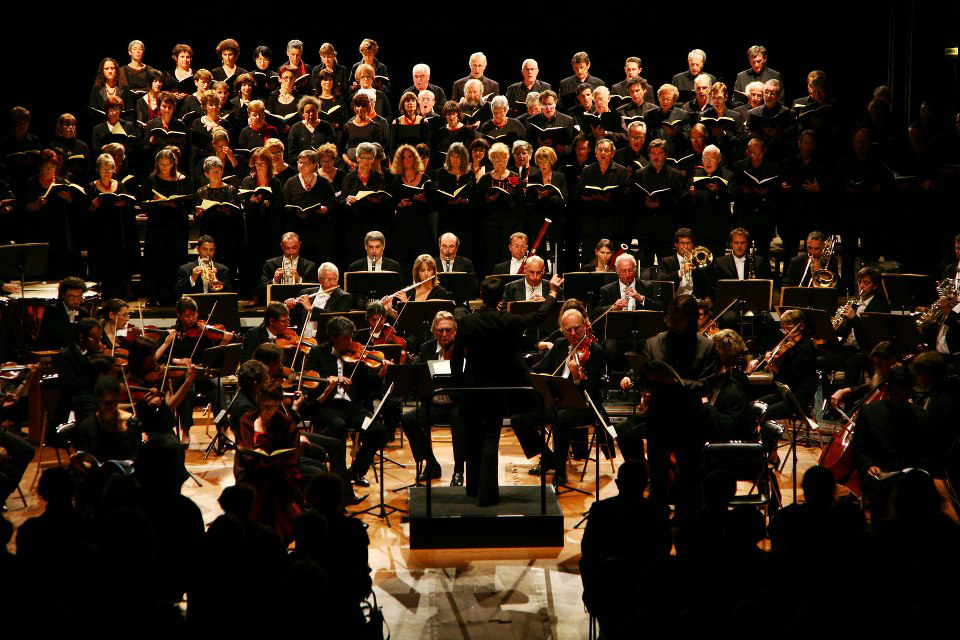 Formed in1997, the chœur de l’ORBCB performs mainly on the Basque coast with the Bayonne Côte Basque regional orchestra, directed by a number of different tenured or guest conductors. With 60 singers, the ORBCB choir focuses its work on the homogeneity of vocal pitch and color, on musical quality and artistic expression.

At the same time, the choir organizes concerts either a cappella or with light accompaniment, deploying a vast repertoire ranging from the Baroque to contemporary composers. The Chœur de l’ORBCB is always ready and willing to work with other choirs or orchestras as part of local or regional projects.

Hailing from the Pyrénées Atlantiques department, she began singing with Henriette Chrysotome at the academy in Saintes and then graduated from the Bordeaux academy after successfully completing the choral direction course under Eliane Lavail. She continued to hone her expertise in singing and choral and orchestral direction with the likes of Richard Miller, Eric Ericsson, Michel-Marc Gervais, Pierre Cao, Nicolas Brocho, Dominique Rouits and Jacques Werner. Qualified with the state diploma in choral singing since 1993, she joined the Ravel academy in 1995. Today, she is one of the emblematic figures in the world of Basque country chorales and choirs.